One of Google’s many online services is also Google Photos, whose name you may have heard and many users will also use it.

If you do not know the answer to the above asked questions, then this article is going to be very important for you because in this we have given you complete information about Google Photos, and after reading this you will have to go to another blog to know about Google Photos. Don’t have to go. 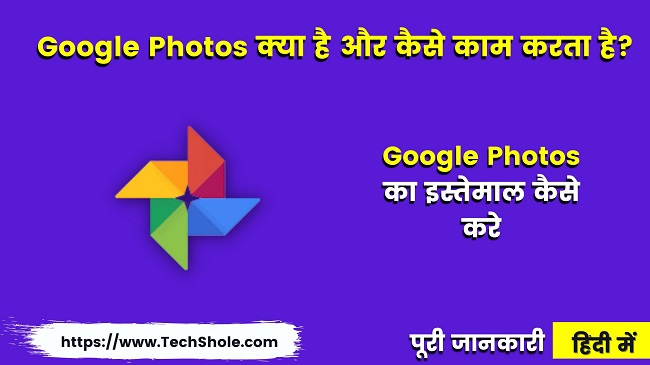 So let’s start without taking much of your time, know more about this article today – What is Google Photos.

Google Photos Google There is an online photos storage service created by the company in which you can save up to 15 GB of photos and videos for free on your device’s space. You can also share store photos and videos in this.

You can consider it a kind of backup. Any photo you store in Google Photos remains safe forever even if it is deleted from your mobile. If you accidentally delete a photo from the gallery, then you can bring it back from Google Photos.

A special feature of Google Photos is that it analyzes each uploaded photo and organizes it properly and keeps the same photo of your device in an album. With this, you do not have much trouble in finding a photo.

Apart from this, Google Photos also reminds you how long it has been for this photo, it is all yours. memory Keeps reminding. In Google Photos, you can store up to 15 GB of photos and videos for free, if you want more space, then you can buy space by paying some fee.

How Google Photos got started

In fact, Google Photos is an extension of Google+. In June 2011, Google launched a service called Google+ which was like a social media platform where people could share anything. But Google + could not be so successful, then Google made Google + a private library which was named Google Photos. Google Photos was launched by Google on 28 May 2015.

How does Google Photos work?

Let us now also know how Google Photos works. Whenever you take a photo or make a video in your mobile, it will automatically google cloud A digital copy of which gets uploaded to Google Photos and saves it.

Whatever photo or video is stored in Google Photos, it remains safe in it, even if that photo is deleted from your gallery, then you can recover it from Google Photos.

Following are some of the key features of Google Photos –

How to use Google Photos

To use Google Photos, you must first install it on your smartphone, which you google play store You can download and install from . By the way, now Google Photos is already inbuilt in all Android smartphones, you will not need to download it.

you only your Gmail ID You have to login to Google Photos from there and after that you can store all your photos in it. In Google Photos, you can create albums according to you and can handle photos in the album.

How to Save a Photo in Google Photos

How to delete a photo from Google Photos

Conclusion: What is Google Photos in Hindi

In today’s article we have told you What is Google Photos and how to use google photos Complete information about it has been told in very easy words. Along with this, in this article, we have also told you about the features and advantages and disadvantages of Google Photos.

We sincerely hope that after reading this article, you must have understood Google Photos very well, if you still have any questions regarding Google Photos, then you can ask us in the comment box. If you liked the information given in this article, then also share it on social media.